Below you will find samples of phone, tablet, and desktop apps, as well as samples of work that I have done in the Adobe Digital Publishing Suite (DPS). While not all of these samples have gone live, or made it to completion, I have included them for different reasons. My responsibilities varied on the projects below from design, redesign, UXA, coding, interactivity, animation, or in some cases all of the above.

Keep baby occupied with this mobile distraction app. Created for the iPhone, with the intent of distracting babies and toddlers from the pain associated with vaccination needles. For this app, I art directed, animated, and developed the app. This app was recently removed from the App Store. To see more animation samples, please visit my animation & games page.

This iPhone app was designed to help parents track their child's vaccinations. This app is loaded with helpful resources, such as vaccine reminders based on the CDC's recommended schedule, a milestone tracker, height and weight entries, educational tools, and award badges for completing certain tasks. For this project I was responsible for design, architecture, and involved in all aspects of the concept. This app was recently removed from the App Store.

Check in and vaccine recommendations.

View your badges by category.

These are the badges you've earned so far.

Badge list with description on how to earn them.

Tips to help to help new parents through
the vaccination experience.

Take a quizzes at the end of each tip to earn badges.

Direction for use of the app, the app's settings,
and more.

About the app, the CDC schedule, and links
to other resources.

This iPad app was designed to be a digital version of a patient vis-aid. This interactive vis-aid (i.v.a.) was meant to be used by reps or patient facing Educators, to educate patients and doctors on a new support program. It carries the look and feel of the print piece through the use of large photography and color scheme. This app was also designed to be developed and deployed through the Veeva system. NOTE: This app was never fully approved (as far as I know) so this sample has been "white-labeled" to remove the company and program name (renamed d-care).

Learn about the d-care Program.

Learn about the program's flexibility.

Learn about the d-care Educator.

The key take away.

Who's eligible and how do they enroll?

A Company's commitment to the disease.

An office window cling, or ClingZ, that promotes the d-care program.

The start screen with the Veeva navigation bar exposed.

The start screen with the Veeva navigation bar exposed.

This desktop application was created for internal use at Wyeth (Pfizer). Being a "For Internal Use Only" desktop app, I have "white-labeled" this project for my portfolio. This app was originally built in Silverlight, but had to later rebuilt in Flash. A Flash app would be a more universal product and more easily altered and expanded by our creative team. I was part of the development and layout team for this app. While this app may not dazzle from a design standpoint, the real challenge of this project was trying to replicate (as closely as possible) the Silverlight design and functionality in Flash.

This app was designed for use on a mobile phone. At the time, an iPad version of this app had already existed. Due to iPad app's large file size, it was impractical for anyone other than XEOMIN® reps to dedicate enough space on their mobile devices. The goal was to create a slimmed-down, or "lite," version that doctors could download directly to their phone. While the original app had buttons, drag and drop functionality, and unnecessary information, the end goal of the "lite" app was simplicity. I decided to design the app with a simple swipe functionality, while still maintaining XEOMIN's core message. NOTE: This project was never completed.

This iPad app was designed to calculate the amount of waste associated with XEOMIN®, as compared to similar products. This app carried the branding of XEOMIN (at the time that it was created) which was the "Art and Science" campaign (hence the brushed look of the charts and the blueprint style boxes.) This look and feel can be seen on the initial screens of the app. This app was designed with function over form in mind since the reps were already using a similar desktop calculator, created in Excel. NOTE: This project was never completed.

Estimated values are entered on this screen.

This comparison chart is created from entered values.

This tablet app was designed as a new product concept for a pitch demonstration. Traditionally, clinical trials are conducted with a series of binders and quite a bit of paperwork. The idea behind this project was to create an all encompassing resource center for doctors to use when conducting clinical trials. We wanted to digitize and streamline the way clinical trials are conducted, while also adding educational components, quicker updates to materials, and ways to capture trial participant feedback, all in one place. This is a white-labeled version, so the design is fairly sterile.

The clinical trial "book shelf." All of the app's resources can be accessed from this area.

This is a training module for doctors that are new to the clinical trial process.

This is a reading comprehension quiz.

This iPad app was designed to be used by the "d-care" Educators in the field. The app contained a calendar, patient address book, doctor address book, suggested scheduling, suggested print materials based on a patient's profile, and a notes area that would push to the home office (stripping out any patient identifiable information.) This app was meant to eliminate the d-care Educator's need to carry laptops and tons of paperwork. NOTE: This app was never completed due to a re-branding of the program and priority changes. This sample has been "white-labeled."

Clicking on the patient button, in the left-hand column, brings you to the patient address book.

The search box, in left-hand column, can be used to search for patients.

Clicking on a patient's name, in the address book, brings up that patient's information.

The patient's information can be updated and edited from this screen.

New patient's can be added from this screen.

Clicking on a physician's name, in the address book, brings up that physician's information.

*Please note: DPS samples are better seen in person and I have more samples than what are shown here.

According to Adobe, this app was the first health care app created in the Adobe Digital Publishing Suite (DPS). Merz (XEOMIN®) being a German based company, had agencies working in the DPS system for a while before it gained traction in the U.S. This project was handed to me, by one of those agencies, to be recreated for use in the United States. This Adobe DPS app was created for rep use on the iPad. This app contains thirteen modules, with roughly twenty-five screens of interactive content, including a fully chaptered video. NOTE: What I can show in this sample is limited and the functionality makes an impact when seen in person.

The iXEO App created in the Adobe DPS.

An interactive timeline showing the history of botulinum toxin.

The BONT/A Molecule with drag-and-drop functionality.

The accessory proteins can be identified, then dragged-and-dropped into the trashcan.

Disposing of the accessory proteins, leaves the botulinum neurotoxin type A (XEOMIN®).

This 3D model of the BONT/A Molecule can be rotated 360°.

An interactive map displays where XEOMIN® is approved for use.

This screen contains a slider that animates the molecule image (content blurred for legal reasons).

This Adobe DPS publication is a "white-labeled" version of a branded sample, that was built for a pitch. The idea was to create a health and lifestyle publication for patients. The content would change with each issue and through feedback would become tailored to the individual. This would give them more of what they like, and less of what they don't, creating a customized experience. This publication features, animations, videos, and various types of interactive content. I was responsible for the build in DPS, animations, video, some design, and I was on the concept team. NOTE: The functionality makes an impact when seen in person.

This is the landing screen of the publication. It features an animated logo and an expanding I.S.I. footer.

This is the home screen of the publication. The main content area and all navigation tiles are animated.

This is the home screen of the publication. The main content area and all navigation tiles are animated.

The Stress Relief and Exercise Guide.

With this interactive map, users can scroll and touch key locations to learn more about each.

A slide show displays photographs from each location.

Thank you for visiting this page. If you have any questions or comments, please contact me. 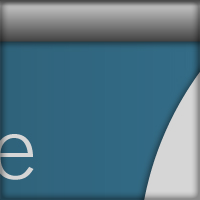 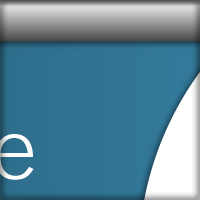 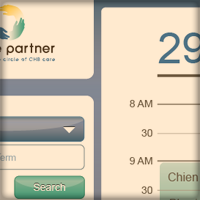 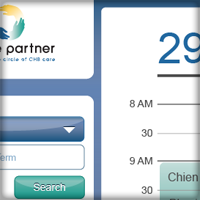 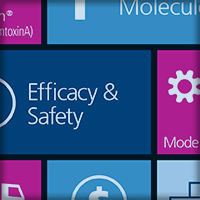 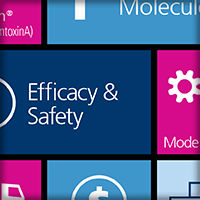 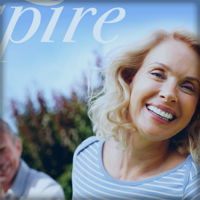 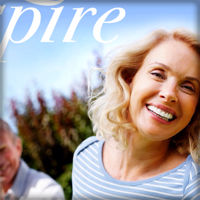